This week: just two releases with some decent circulation, a B.C. director (and musician) is back at the Vancouver Film Festival with a movie he made in 2014, and another, more revealing trailer for Rogue One.

I’ve got to say, some people made some poor choices (in my opinion) over the past week, going to see The Girl on the Train. The film is based on the best-selling novel by Paula Hawkins. While Emily Blunt was a diamond, she shone in the rough. Nothing else was fantastic in this film, and while I wanted to like it, it was like watching two hours of visuals without a plot. Regardless of how much I’m slamming it, the film raked in a little more than $32 million to date, putting it at number one for the week. There are a few other films that I’m rooting for, like Miss Peregrine’s Home for Peculiar Children, and Deepwater Horizon. The Magnificent Seven is still going strong, with $78 million to date, and Storks holds steady at number five with a draw of $53 million.

If you want to catch a movie this weekend, I’d recommend Deepwater Horizon. I had a chance to see the film earlier this week, and it was pretty solid. There were a few story things here and there, but the acting from Mark Wahlberg and John Malkovich (to name a few) was fantastic. I’d give it a four out of five.

While this film has garnered a lot of chatter, the combination of Warner Brothers and Ben Affleck seems to be an unfortunate combination. (anyone remember Batman vs. Superman?) Affleck plays a Certified Professional Accountant who “cooks the books” for some dangerous people. This also stars Anna Kendrick and Jon Bernthal; the latter you may remember as The Punisher from Netflix’s highly successful Daredevil series. Right now, this film is getting mixed reviews.

The comedian takes his show to the next level, with an even bigger show at Philadelphia’s Lincoln Financial Field. It’s the first time a comedian has ever performed to an at-capacity football stadium. This is actually a film that’s getting some pretty solid reviews. It’s in limited showings throughout Metro Vancouver.

TRAILERS THAT THAT HAVE PEOPLE TALKING

You can’t ignore the excitement around Rogue One: a Star Wars Story. This is expected to be the final trailer before the film hits theatres in December. In it, we learn more about Jyn Erso’s (Felicity Jones) father is. Also, not a surprise, but we see – and hear a lot of – the one, the only….Darth Vader. *cue the heavy breathing.*

SPECIAL TO THE REEL REPORT: ‘VIOLENT’

It was great having Andrew Huculiak in to talk to us about the movie, Violent, which he directed and scored the music for. Jon McComb and I talked to him about what it was like to shoot the film back in 2013, having it make the rounds – and pick up accolades – in 2014 (and beyond)! It’s back at VIFF for a special showing at 7:00 PM at Cineplex International Village.

Andrew, who is also the drummer for We Are The City, shot the film in Norway with a bare bones crew. The film has racked up 19 awards, including Best Canadian Film and Best BC Film at VIFF, Best BC Film of the Year by the Vancouver Film Critics Circle, and eight LEO Awards. Not bad at all! 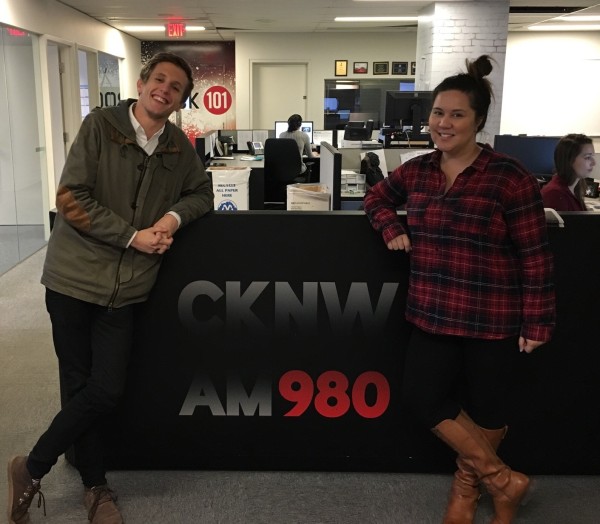 Above: myself and Andrew Huculiak had a chance to catch up and talk about his movie, Violent, which is making the rounds at VIFF again. I had a chance to screen the film, which I will review for you next week!

Last week we had the Ip Man trilogy come out on Bluray and DVD. I highly recommend the first film; the second and third films not so much. Ip Man 3 came out in 2015, but came out in Metro Vancouver in 2016. You can read my review here.  Next week, it’s Alice Through the Looking Glass, and Independence Day: Resurgence. Both films weren’t the greatest – click here for the Alice Through the Looking Glass review.  We also have critically acclaimed Boyhood available on Bluray and DVD. As for a Flashback Friday, you can pick up Crouching Tiger, Hidden Dragon. It’s getting a 15th anniversary Bluray and 4K Bluray release.

LISTEN TO THE EPISODE BELOW!