People choose micro-weddings for many reasons. Here’s why we did it. This is the first post in a four-part series about our experiences putting together a micro-wedding.

I never wanted a large wedding. Between all my anxieties and my tendencies as an introvert, I always knew deep down I would want a small wedding — perhaps even an elopement. I was also reasonable, though, and understood that the closest of family members should be included in the big day.

I was incredibly excited when Jon asked me to marry him last November after eight months of dating, but after telling family and friends the same day came the stresses of plans to…well, plan.

We were at dinner at a Mexican restaurant in New Westminster when something akin to this came out of my mouth:

“I don’t want a big wedding. I want a small wedding. I want a tiny wedding. How are we going to plan all this? I want so-and-so to come, is it realistic for them to attend? What if they can’t attend? Should we move the day? Let’s elope. I’d rather elope. Can we elope?”

Jon looked at me as if there were fireworks going off from my head, right there at the table.

My husband is the more calm of the two of us. He’s the kind of person that when things are actually going unbearably sideways, he’s ready to solve the problem. So, when I suggested an elopement, he said, “sure!” (He probably figured it would calm me down.)

When we started to look into the bureaucracy of an elopement, however, I was not impressed. It wasn’t as easy as I thought it would be, and I realized with all the costs that come up tying the knot elsewhere, it was probably best to make our wedding day not only about us, but about the people we wanted there, too. After all that research, we decided to have a micro-wedding.

What’s the difference: eloping, a destination wedding and a micro-wedding

At its core, eloping involves a couple running away and getting married, often in secret. A destination wedding involves people flying out to a place other than your home city or town to observe you getting married. A micro-wedding involves, relatively speaking, far fewer guests; usually no more than twenty people, and can be held anywhere. Sometimes people choose to have a destination wedding because they know quite a few invitees won’t RSVP, which can directly or indirectly create a micro-wedding.

We chose not to elope because we wanted our families to be a part of our big day; I definitely wanted my godmother and god-siblings there, while Jon wanted his parents, brother and sister to be involved. The micro-wedding also allowed us to involve the most people without having them stress too much about finances, travel plans or booking time off. Almost all of our invitees lived across B.C. — the only exception to this was Jon’s brother and his brother’s girlfriend, as at the time they were living in the Northwest Territories. 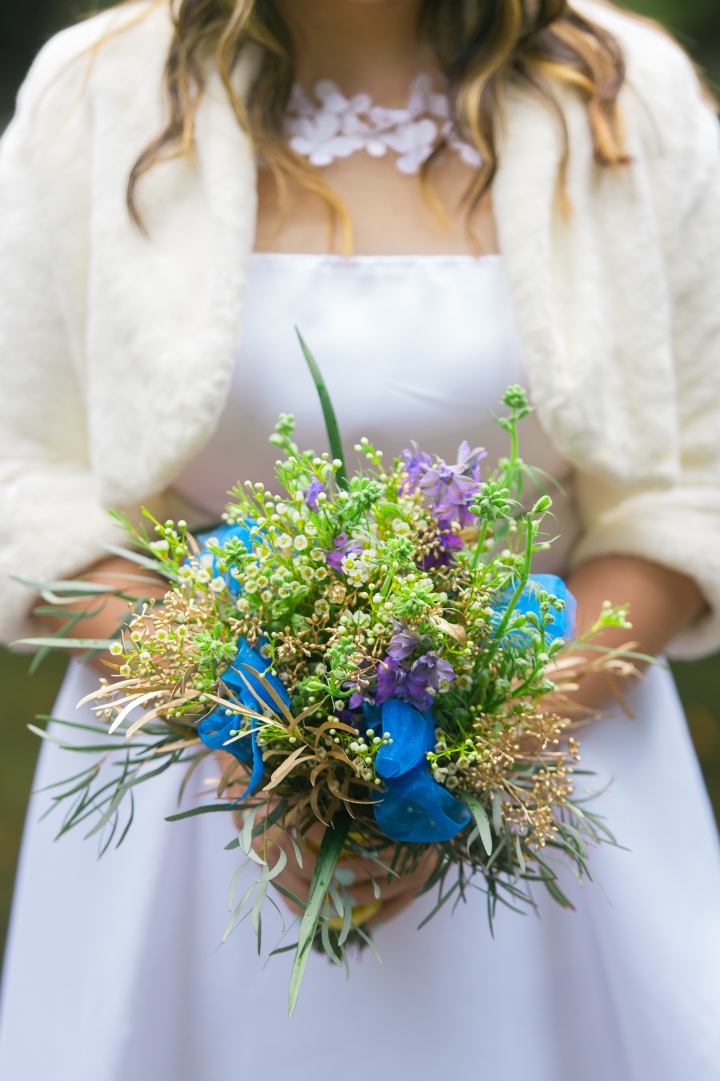 Going ahead with our micro-wedding

About two weeks after our proposal, we decided a micro-wedding was the best choice. We also knew that we didn’t need a wedding planner as I’ve organized large events before and was more than happy to come up with a game plan, then have each of us take on tasks we needed to get done. We were both responsible for our own clothes, while Jon arranged looking for a wedding site and reception venues. I was responsible for finding a marriage commissioner and keeping in touch with guests. We wanted to get married on our one year anniversary, so from two weeks after the initial proposal (the proposal happened on Nov. 20, 2017) to the actual wedding day, we had about eight weeks to plan — and boy oh boy, was that ever a challenge.

Are you interested in choosing a micro-wedding? Did you choose to have one, or did you pass on the idea? Comment below!

Stay tuned for the next post, which will be out on Thursday, July 19th! Be sure to check back for the latest in this series, or subscribe to the blog for hassle-free email notifications.

Our beautiful wedding photos, which are featured heavily throughout this series, were shot by Yinan Scott Shi. If you’re in the Metro Vancouver area, Yinan comes with our highest recommendations for professional photography work for any occasion.